by webmaster in News 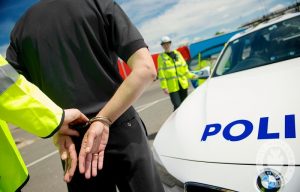 Police forces must explain the disproportionate use of police powers such as stop and search and use of force on Black, Asian and Minority Ethnic people or risk losing the trust of the communities they serve, a report published today has found.

The Police Service Inspectorate (HMICFRS) aid that despite having more data on the use of force and stop and search, police forces are still unable to explain why these powers are used disproportionately based on ethnicity.

The inspectorate said that over 35 years since the introduction of stop and search, the police still cannot explain why these powers are used disproportionately. HMICFRS found that the most common reason given for the use of these powers is due to suspected drug possession. This unfairness risks further reducing public trust in the police and could lead to more Black, Asian and Minority Ethnic people being drawn into the criminal justice system.

As a result, the inspectorate is calling on police leaders to consider whether focusing stop and search on tackling drug possession is an effective use of these powers.

HMICFRS also called for police forces to analyse their data and either explain, with evidence, the reasons for disproportionality in stop and search and use of force, or take clear action to address it.

“The tragic killing of George Floyd in America in early 2020, and subsequent protests in the UK and globally, have highlighted once again the significant impact that police interaction can have – particularly on Black, Asian and Minority Ethnic, communities.

The public rightly expects the police to protect them by using their powers in an effective and fair manner. Unfair use of powers can be counter-productive if it leads people to think it is acceptable to not comply with the law. It may also make people unwilling to report when they are the victim of crime or come forward as witnesses.

Police forces must analyse their data and either explain, with evidence, the reasons for disproportionality, or take clear action to address it. The police must be able to show the public that their use of these powers is fair, lawful and appropriate, or they risk losing the trust of the communities they serve.

We know that the proportion of stop and searches that actually find drugs is very low, and the disproportionate use of these powers on BAME people is having a damaging impact on public trust.

We are therefore calling on police leaders to consider if focusing stop and search on drugs possession is an effective use of these powers, and to better explain the reasons for disproportionality. It is clear that now is the time to have an evidence-based national debate.”

As a firm we carefully scrutinise all incidents of stop, search, and arrest to ensure full compliance with the law. This approach ensures that all appropriate applications to exclude evidence, dismiss charges or argue abuse of process can be appropriately advanced. This report highlights a depressing litany of failure, which cannot be tolerated.

In too many forces, officers and staff are not being provided with the skills they need to understand how they come across in everyday interactions. Nor are they being shown how they can build rapport to help prevent conflict and escalation in order to secure public co-operation and reduce the need for conflict management, de-escalation and the use of force.

Too few forces regularly review body-worn video footage as part of their internal monitoring and external scrutiny of stop and search and use of force. They should make more use of this valuable source of information.

There is anecdotal evidence that the use of handcuffs during stop and search encounters is becoming routine in some forces.

Over 35 years on from the introduction of stop and search legislation, no force fully understands the impact of the use of these powers. Disproportionality persists and no force can satisfactorily explain why. In 2019/20, Black, Asian and Minority Ethnic people were over four times more likely to be stopped and searched than White people; for Black people specifically, this was almost nine times more likely. In some forces, the likelihood was much higher. Black people were also 18 times more likely than White people to be searched under section 60 of the Criminal Justice and Public Order Act 1994. Also, a failure to record ethnicity data in an increasing proportion of records is hiding the true disproportionality rate. This means that some forces are not able to see the full picture.

Most searches are for drugs, and the majority of those are for possession rather than the more serious offence of supply. And most searches are self-generated – that is, initiated spontaneously by the officer in response to what they see or hear, rather than intelligence-led or as a result of information from a third party. The prevalence of self-generated, possession-only drug searches, about a quarter of which find drugs, indicates that stop and search is not always being targeted at offences that are the most serious and high priority for forces, or that matter most to the public. Some forces may be either making operational decisions to target lower-level drugs possession over other crimes or failing to give officers sufficient direction and guidance on how best to use the powers to reduce crime based on what works. This is particularly pertinent in the case of drugs searches, because these contribute substantially to racial disparities in the use of stop and search. The report found that drug searches on Black people, and particularly possession-only drug searches, had a higher rate of weak recorded grounds than equivalent searches on White people, and fewer drug searches of Black people resulted in drugs being found.


How can we help?

We ensure we keep up to date with any changes in legislation and case law so that we are always best placed to advise you properly. If you would like to discuss any aspect of your case, please contact us on 01618729999 or [email protected]