Getting Tough on Public Disorder

Getting Tough on Public Disorder

The Changes to Public Disorder

The Sentencing Council, which is the body responsible for setting sentencing guidelines in England and Wales, has today published proposed new guidelines in respect to public disorder offences.

Public Disorder: What offences are covered?

The guidelines will apply to the following offences, all of which are to be found in the Public Order Act 1986:

Public Disorder: When will the guidelines come in to force?

The proposed guidelines are being consulted upon, so not until the end of this year at the earliest.

However, what we tend to see is that judges look at consultation guidelines, even when they are not supposed to. It makes sense therefore that we keep a close eye on sentencing in this area of law.

What are the main changes of the Public Order?

These offences can vary greatly in their nature and in their seriousness. For example, affray, which covers the use or threats of violence which would make someone fear for their personal safety, may involve serious or sustained violence or a less serious incident where no one is injured.

The guidelines aim to set out a clear approach to sentencing that covers the main factors that should be taken into account in assessing the culpability of the offender and the harm they caused. For example, an offender with high culpability in the riot guideline may have used petrol bombs or firearms, been a ringleader in instigating violence or have been instrumental in escalating the level of disorder. 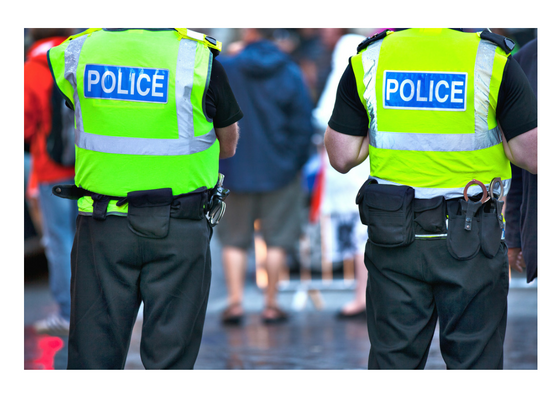 The guidelines also aim to encapsulate the wide-ranging harm that is caused by these offences. Individual members of the public may suffer physical injury, fear or distress, or damage to their property while business owners may suffer loss of livelihood and damage to their premises. Public disorder can inflict serious disruption and damage to local communities and police officers and other emergency workers may be attacked and injured. Incidents may also involve substantial costs to the public purse.

The guidelines also highlight other aggravating factors that would increase the seriousness of offences. This can include offenders inciting others to participate in violence, trying to prevent emergency services from carrying out their duties, causing injuries to police dogs or horses and using or possessing weapons.

Finally, the guidelines also take into account trends in criminality and a social climate which has seen a rise in hate crime offending. The Council considered that a guideline on public order would be incomplete if it did not cover racially or religiously aggravated public order offences and those which specifically address stirring up of racial or religious hatred or hatred based on sexual orientation.

Will sentences be longer as a result?

The Sentencing Council does not anticipate that sentence severity will increase, save for a couple of exceptions concerning fines.

However, while data exists on the number of offenders sentenced for public order offences, and the sentences imposed, there is a lack of data on the categories of seriousness of current cases. It is therefore difficult to establish how current cases would be categorised across the levels of harm and culpability in the draft guideline.

The fear, therefore, is that these new guidelines may result in tougher sentences being imposed.

How we can assist

If you have any concerns or simply to discuss any aspect of your case, please contact Oliver Gardner on 0161 872 9999 or [email protected]

Ensure that you use the accompanying image file – articles with graphic content are favoured more highly that those with just pure text.

As this is website content, it must always be truthful and accurate, so ensure that any claims made in the article can be evidenced. This content will not be suitable for firms that do not have expertise in this area.

The Parole Board – A Period of Rapid ChangeDrugs Importation: What You Need to Know
Tweets by @howardssols